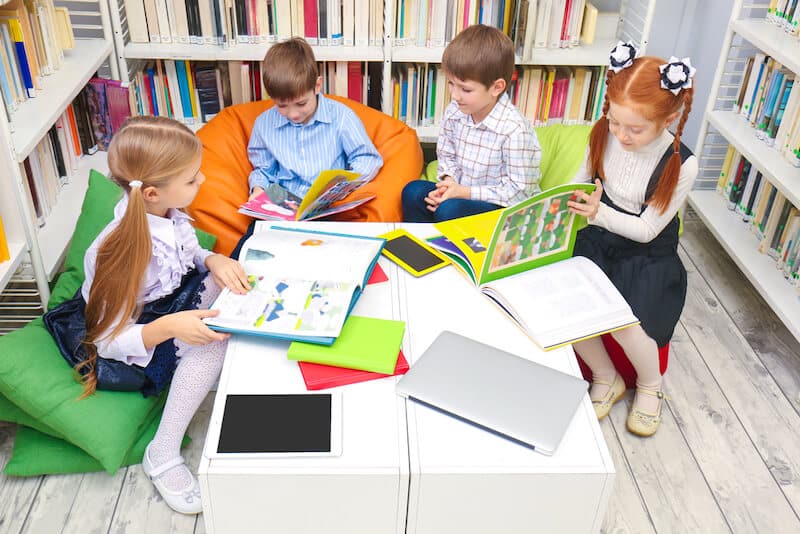 A kids bean bag is no longer relegated to the category of novelty furniture and game accessories as they have been for several decades. Studies and real-life examples are proving that they have therapeutic qualities and are tools in the workplace and schools.

Teachers in classrooms around the world are beginning to employ kids bean bags in several ways. Educators, school administrators, and psychologists are discovering that they can help children feel welcome and comfortable at school and can improve their academic results. Also, bean bags can strengthen the coordination in youths and teach them the fundamental skill of using teamwork to achieve goals.

Professor Heppell believes in his work and hopes that the paradigm will catch on and be implemented in schools worldwide.

One of the early adopters of this new design in classrooms is Quakers Hill Public in Sydney. Approximately 60 per cent of students taught in the redesigned classrooms has earned a place in one of the city’s prestigious schools after taking the Selective Schools Exam.

Also, Bert Lo Campo, the school’s principal, stated that the improvement of the students has been astronomical. “The parent body is very supportive and is on the journey with us,” said Lo Campo. “The Department of Education is working closely with Professor Heppell running approved courses.”

Lyndall Droscher, deputy principal of Quakers Hill Public, was in agreement with Lo Campo about the enthusiasm of the parents and stated that 117 parents attended the school’s technology workshop when they had only expected 20. “It blows me away they were so committed to their children’s success,” Droscher said.

Time For A Kids Bean Bag

The bean bag classrooms have been so effective that teachers across New South Wales have started to lobby the Education Minister, Adrian Piccoli, to allow them the flexibility to adopt similar designs.“Teachers tell me they want greater flexibility in delivering lessons, and the design of the classrooms has an impact on that,’’ said Piccoli.

Professor Heppell states that students are more receptive to learning and display more positive behaviour patterns when they are in, what he calls, borderless environments. Borderless environments allow them the freedom to collaborate in small groups while sitting or standing.

Another school that has adopted borderless classrooms is Busby West Public, which has eliminated its traditional desks and chairs in favour of bean bags and pods that can accommodate several students.

Hilltop Road Public in Sydney is also embracing the changes recommended by Professor Heppell and has already ordered the soft furniture necessary for making students comfortable and open to collaboration. Speaking on the redesign, the principal of the school, Natalie See, said, “Professor Heppell has a global audience for how to cater for 21st-century learning.”

Seven Hills North has also been focusing on new technology, and educational innovations and the school recently received commendations from the Australian Curriculum, Assessment and Reporting Authority for the academic improvements of its students.

Kate Pugh, the Principal of Seven Hills North, stated that the public had shown serious interest in the school ever since the reports were released. Kate also mentioned that the real secret to the school’s success was implementing technology that gives students control over their educations.

Professor Heppell recently visited Sydney to hold a lecture that was attended by representatives from more than 30 schools, and the focus of the lecture concerned how to advance the learning process through 21st-century technology.

“People focus on some of the zany stuff, such as Shoeless classrooms, but you will find that the kids are working,” said Heppell. “If you want to know the secret of discipline, then give kids tasks that are engaging and make them want to learn.”

“I have never seen a kid on holiday reading while sitting upright on a chair like those they had in schools,” continued Heppell. “The biggest thing in these new classroom spaces is that sound control is better with better surfaces, nooks, zones and quiet areas.”

Students in the U.S. Welcomed to School With A Kids Bean Bag

Students in Rome, Georgia, in the U.S., are welcomed back to school with open arms, gifts and extra comforts, including a kids bean bag. In the week before school began for the year, teachers were preparing their classrooms and adding a few special touches so they would feel relaxed and more receptive to learning.

One teacher, Mary Hunnicutt, said that the children should feel as comfortable as possible because the children are at school for a long time. Making students comfortable resulted in fewer bored kids in the classroom.

“We do this because the kids are here all day, and we are here just as much as we are at home,” said Hunnicutt. “If we can make it more colourful and relaxed and cozier, it works for everyone.”

The media specialist at Pepperell Middle School, Stephanie Cox, spent more than a week redecorating the school’s library. She had the walls repainted in the school colours of black, white, red and gold, and the school symbol, a red dragon, can now be seen above the bookshelves as students enter. She also hung new curtains on the windows, which displayed the school colours. However, one of her proudest achievements is the addition of three bean bag chairs at the entrance of the library that features the school mascot: the Pepperell Dragon.

The kid’s bean bags were custom made and given to Pepperell Middle School by a friend of the principal. She hopes that by fostering a sense of pride in the school, children will be more receptive to learning and making a positive impact on the community.

“If it can get them to come into the library and check out books, then I am all for it,” said Cox. “Using the Pepperell theme just seemed like the perfect fit.” Our exclusive range of bean bag covers is the preferred choice in schools and universities throughout Australia.

Spread the love
This entry was posted in Kids Bean Bags.