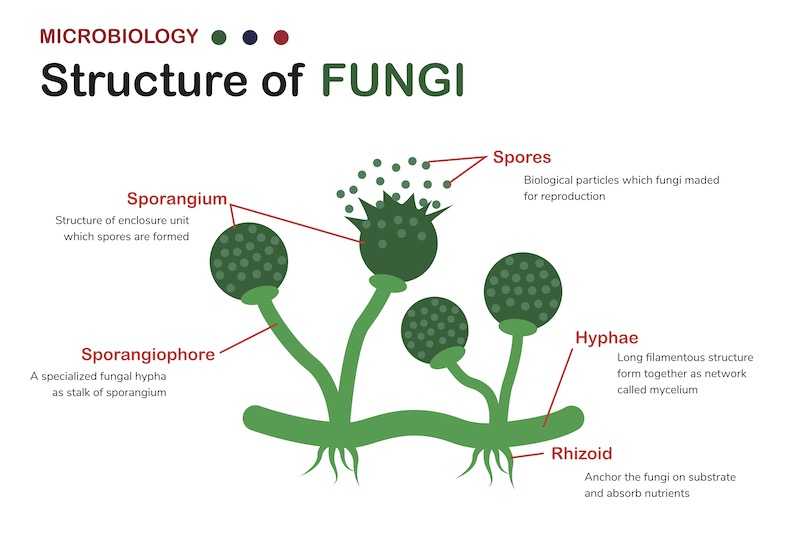 On the face of it, mould looks like a kind of furry, colourful, chalky substance. But it’s actually a living organism – and, interestingly – one of the first species to evolve on this planet. But what causes mould? Let’s find out.

Mould is a member of the funghi family – a separate branch of life, different from plants and animals. Scientists used to think that it was a type of plant because some multicellular varieties grow out of the ground. But now they believe that it is more like animals because of how it processes and digests its food.

You can find moulds just about everywhere in the natural environment – both indoors and outdoors. In nature, most moulds grow on rocks or in damp, moist areas where other species can’t survive. However, in the modern world, they now also make their homes in plumbing, timber, paper, walls, fabrics, carpets and furniture.

Mould is a natural part of the environment and plays a critical role in the ecosystem by breaking down dead organic matter, such as tree bark or leaves. It reproduces by releasing tiny spores into the air. When these land, they begin to increase in size and then divide into new mould cells.

Mould is an extremophile, meaning that it can survive in conditions where most life cannot thrive. It will grow on practically any surface where there is moisture, so it often appears in homes. The only mould can survive the harsh indoor environment. 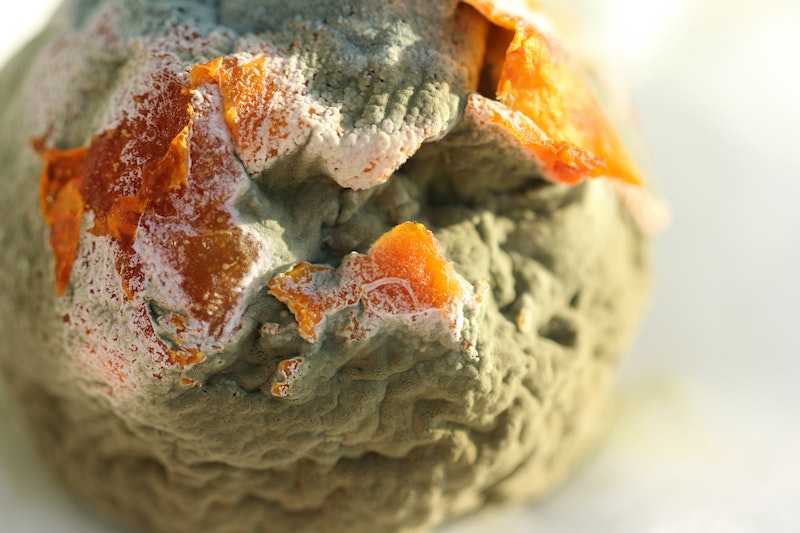 The types of mould and mildew you are likely to come into contact with fall into three broad categories.

Toxigenic moulds are a class of fungus that cause serious health issues. Problems can range from temporary eye irritation all the way up to compromised immunity.

Toxigenic moulds get their name from the fact that they produce mycotoxins – toxic chemicals contained on the surface of the mould spores. Inhaling these damages the body, leading to inflammation, cell destruction and sometimes organ failure.

Pathogenic mould is infectious, similar to germs. If it can gain a foothold in your body, it will multiply, churning out harmful chemicals that damage the surrounding tissues. People infected with this type of mould often experience infections resembling bacterial pneumonia.

The final group of moulds falls into the allergenic category. These are the least harmful of all mould categories. They can still cause unpleasant side effects for people with pre-existing allergies or asthma. However, most are more of a nuisance than a threat to life.

What disease can mould cause?

In most homes, mould levels are so low they do not cause adverse reactions. However, they can sometimes lead to fungal infections and other diseases.

Take aspergillosis, for instance. This disease results from infection with Aspergillus moulds, a common fungus that likes to make its home indoors. The majority of people breathe in Aspergillus spores every day without them making them sick. However, sometimes, inhaling these spores can lead to health problems, including reduced ability to smell, stuffiness, runny nose, headache, wheezing, shortness of breath, coughing, coughing up blood, weight loss, chest pain and fever.

A naturally occurring fungus called Blastomyces causes blastomycosis – a potentially serious condition. People usually contract the disease when spending time near waterways. Spores from Blastomyces rise from the soil when disturbed and get into the lungs. From here, they can play havoc with the immune system, leading to serious symptoms such as fatigue, chest pain and weight loss.

Sporotrichosis often called the “rose gardener’s disease”, is another mould-related disease caused by Sporothrix. This mould grows throughout the world but is particularly prevalent in rose bushes and hay. People become infected when tiny mould particles make their way through their skin, usually through cuts, scrapes or regular pores.

Symptoms of the condition depend on where the fungus is growing in the body. Skin-based sporotrichosis usually leads to a small, painless bump that develops between one and twelve weeks following exposure. If the spores are in the lungs, it can lead to coughs, chest pains and shortness of breath.

Stachybotrys chartarum is one of the classic black moulds people often find growing in the recesses of their homes. It usually grows on high-cellulose content materials, such as drywall and gypsum board.

Researchers are still trying to pin down the effects of becoming infected with this type of mould, but symptoms range from allergies to trouble breathing.

Critically, the effects of inhaling these spores appear to be idiopathic. That means that they can vary substantially from one person to another. 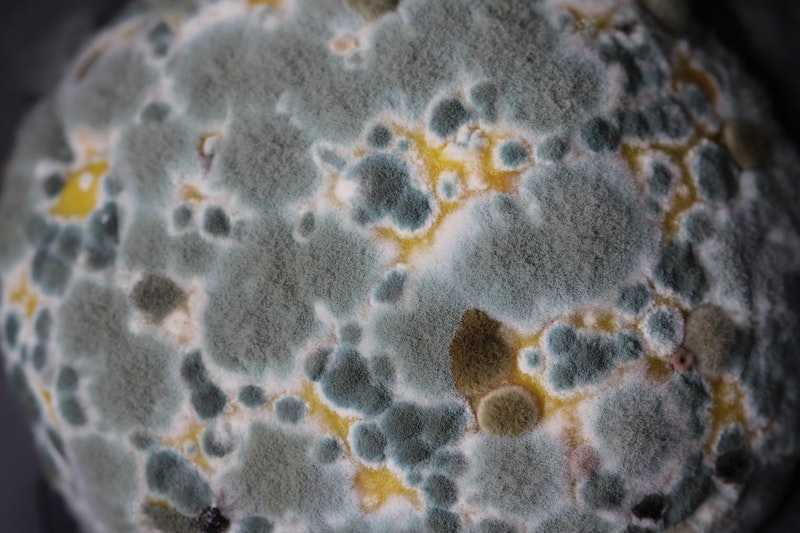 How can you stop mould from growing?

Given the severity of diseases associated with mould, is there anything you can do to fight back?

It all starts with remembering what causes mould. Recall, just like all other living organisms on the planet, mould requires water to grow. Without it, it can’t carry out its life processes. So anyone wanting to reduce mould in their environment should focus on eliminating sources of moisture first.

The primary culprits for household mould growth are pipe leaks and rising dampness from the foundations. However, mould can spring up even when there is no wall moisture at all. In bathrooms, for example, mould can sustain itself solely on water vapour thrown into the atmosphere by the shower.

Please note that you can never control mould completely. It’s a natural component of the Earth’s biosphere. So whenever fresh air comes into your home, it inevitably brings mould spores with it.

You can, however, prevent it from multiplying to the point where it might start causing health problems.

Now that you know what causes mould, here are some of the things you can try:

What’s the difference between mould and mildew?

People use the terms mould and mildew interchangeably. However, there are differences.

As we discussed earlier, it is a microscopic fungus that grows in small filaments, called hyphae. They usually thrive best on materials that contain organic compounds.

Mildews, by contrast, tend to grow more vigorously in places where moisture levels are high, such as windowsills and shower walls.

Common types of mildew include powdery mildew and downy mildew. Powdery mildew usually appears as grey or white-patterned blotches on plants and then turn brown or black as they mature. Downy mildew starts yellow and then slowly turns browner over time. Farmers often find it growing on agricultural products, such as potatoes and grapes.

Both mould and mildew produce a musty odour, especially in places with poor airflows, such as basements. In general, mildew grows in a flat pattern that looks either powdery or fluffy, starting light in colour early in their lives.

Mould, by contrast, usually has a fuzzier or more slime-like appearance and more dramatic colouration. Many moulds are black, but you can also get brown, grey, green and blue varieties.

Where to look for mould in your home

The most common places for mould to emerge in your home are:

How to test for mould

Sometimes you’ll notice stains, odours and discolouration of objects in your home and wonder whether it’s mould. Stains typically appear in the grout between tiles in your bathroom or on the walls in damp-prone areas of your property. Odours are more common in bathrooms, basements, and attics.

If you think you may have mould in your home, you can use a mould test.

Broadly speaking, mould testing involves getting a professional to take a sample from your home and then see whether any mould grows in a petri dish. Over a few days, any spores multiply, creating a larger colony that the professional can examine. At the end of it, you’ll get a report telling you the species living in your home.

What causes mould? The bottom line

In summary, mould is a type of fungus and a natural part of the environment. You can’t do anything to stop it from getting into your home. But you can prevent it by addressing the causes. Reduce moisture and dust in your home, and increase airflow.

Spread the love
This entry was posted in Health.