Bean BagsWhat Is The History & Origin Of The Bean Bag? 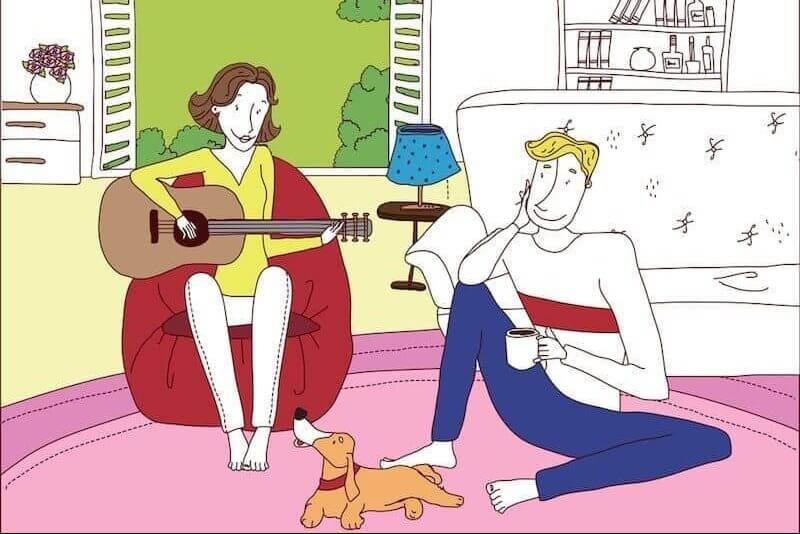 Bean bag chairs are rapidly gaining popularity in our culture. Today they are becoming accepted as a viable alternative to traditional furniture. It’s no wonder that everyone seems to be clamouring for bean bags. But what about the history of the bean bag?

They are versatile, durable, comfortable and easy to clean. Bean bags have become mainstays at movie theatres around the world. Now, doctors are recommending them for their ergonomic properties. And beanbags are recommended as a form of therapy for children on the autism spectrum. What is also fascinating about the bean bag is that it has a long and rich history; one that remains unknown to most people.

The history of the bean bag is shrouded in mystery because it has such a simple design and dozens of uses. Those who are only thinking about furniture say the bean bag appeared less than fifty years ago. However, they were around long before the 1960s, and their history can be traced back more than four thousand years to ancient Egypt.

No matter who is ultimately right regarding the history of bean bags, it is fun and educational to explore the topic. Let’s take a look at their historical uses and discover how they evolved.

According to one historian, bean bags were first invented by the ancient Egyptians sometime around 2000 B.C. For thousands of years, they were used to play games and other recreational diversions. The first bean bags were small, round and made of leather. Filled with dried beans or pebbles, they were the tools of the trade for some of the world’s first jugglers.

Bean bags were also said to be used by Native Americans in the Great Plains of the United States.  Several tribes, including the Blackhawks, filled pig bladders with dried beans to play a game that was a precursor of our modern game of Cornhole, also known as the bean bag toss. In the game of Cornhole, a board with a large hole in it is placed horizontally on the ground. One side of the board is more elevated, so it looks like a ramp. You can play with only two people, or you can form teams. Taking turns, you toss bean bags at the board, trying to get them through the hole. The first team to reach 21 points wins the game.

The History Of The Bean Bag in Ancient China

Bean bags were also used as training tools in ancient China by students of tai chi. Tai chi is a martial art that teaches you how to develop internal power for self-defence and health. This martial art originated in the 12th century. It stresses slow, graceful movements that help to focus your inner strength. At some point, tai chi masters began to use small pouches filled with sand, dry beans or small rocks. These bags were kept in the air by striking them with various parts of the body.

An old video dating back to 1937 depicts a tai chi practitioner kicking one of these bean bags. This video is also considered to be the origin of the footbag, often referred to by the trademark Hacky Sack.

It seems like a no-brainer to fill a giant bag with soft pellets to use as a chair, sofa or bed. That’s because we now know how comfortable they are. But the first bean bag chair was not invented until the 1960s. In 1968, a patent was filed by William Roger Dean, working for the Royal College of Art, for the sea urchin chair. According to the patent, the sea urchin chair consisted of a spheroidal outer shell made of a synthetic material that was self-supporting yet resilient and pliable. The covers, each filled with individual blocks of foam acted as cushions.

The very first bean bag chair was known as the Sacco. Released in 1969, and designed by Cesare Paolini, Piero Gatti, and Franco Teodoro. Franco Teodor was commissioned to create the piece by Zanotta Design in Italy. The trio was asked to produce a chair that was aesthetically appealing, comfortable and unique. It was later considered a significant part of the art movement known as Italian modernism.

Italian modernism became characterised by the use of new technologies and materials that became available after World War II. Among these new materials were polystyrene and other plastics, affordably manufactured for the masses. Creating these products required revolutionary thinking, and the input of designers was indispensable.

Paolini, Gatti, and Teodoro created the Sacco to be a shapeless chair. But when full, the leather shell resembled the shape of a pear. Although leather is far from a type of plastic, it was a material that Italians took in their pride. And the Italian designers wanted the Sacco to be indisputably Italian. However, the target market for the chair was people belonging to or identifying with the hippie culture that started in the United States and had spread to Europe. The hippies were known to be very relaxed, and they were not interested in conforming to the norms established by previous generations. Thus, bean bag chairs fit with their culture perfectly.

In the 1970s, bean bags were at the height of their popularity. A large number of manufacturers was producing them. You would be hard-pressed to find a household in the First World that didn’t have one. Although some consisted of leather, newer materials, such as nylon and polyester, were commonly being used. Also, other alternate elements for filling bean bags appeared. Many of the first bean bags used pellets made of PVC or extruded polystyrene, but during the 1970s, expanded polystyrene (EPS) was discovered to be more resilient and durable.

Most of the bean bags manufactured during this era were spherical, and they often featured bright colours and busy designs. However, very few used high-quality materials, such as those used for the Sacco. Most of them comprised of cheap, inexpensive materials that made them increasingly affordable.

During the 1980s and 1990s, the popularity of bean bags declined significantly in popularity. But they were still being manufactured by several companies. At this time, only cheap bean bags were available, and the deaths of several children were a result of these unsafe products. These infant deaths prompted federal authorities in the United States, Europe and Australia to adopt new manufacturing safety standards. These standards included safety mechanisms to prevent children from opening them, climbing inside and suffocating on the beads.

Today, bean bags are just as safe as any other type of furniture, and they are experiencing a strong resurgence in popularity. Bean bags are now available in thousands of shapes, sizes and styles. There are many different types of bean bags available. They may mimic the forms of traditional chairs, sofas and loungers, and are suitable for indoors or outdoors. They also combine materials that are more durable and are even accessible for use as pet beds.