Bean BagsAre Bean Bags Toxic? – Everything You Need To Know 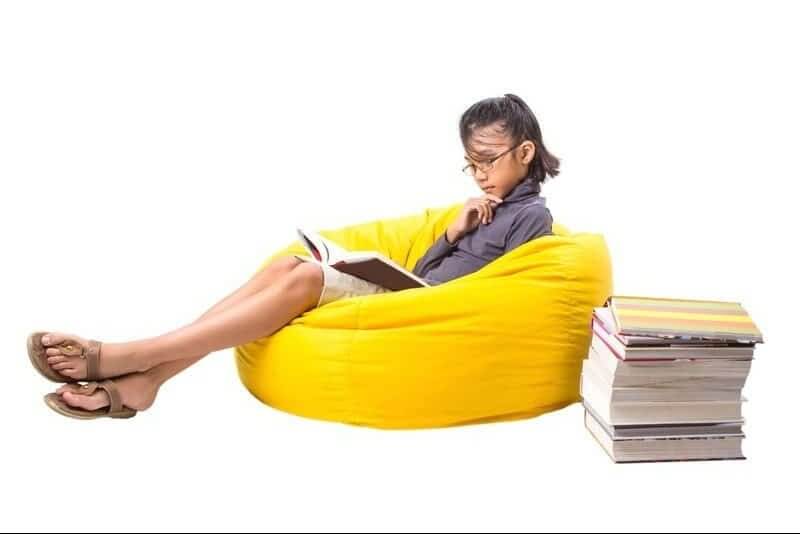 Since bean bags became famous in the 1960s and 1970s, they have been the subject of much debate. Much of which is regarding the health and safety of those who own or use them. However, most bean bags made today, and indeed, those sold by reputable merchants, are just as safe as any other type of furniture you would put in your living room, recreation area or outdoor patio. Bean bags are recommended by doctors for their ergonomic features. And they can be used as a form of therapy for individuals with severe medical conditions, such as autism. But are bean bags toxic?

Even though modern bean bags are made to be as safe as possible and include several safety features, a new scare has been making the rounds on the gossip circuit. Some bean bags packaged for sale in parts of the U.S. have warning labels affixed stating that the materials may be toxic or cause cancer.  While there is some truth to these labels, it is essential to note that this possible safety hazard does not apply to all beanbags — only those made of certain materials, such as vinyl or memory foam.

“WARNING: This product contains chemicals known to the State of California to cause cancer and birth defects or other reproductive harm.”

Proposition 65 is widely known as one of the strictest legislation in the world regarding the safety of consumer goods. And its effects are felt even in Australia. Products that include any of the materials on the Proposition 65 list cannot be offered for sale in California without carrying the above warning. For a substance to be on the list, there must be research suggesting that it may cause cancer or congenital disabilities in one out of every 100,000 people for 70 years.

Proposition 65 is meant only for consumers in California. However, some companies have found it to be more cost-effective to include the warning labels on all of their products no matter where they are intended to be sold. Other businesses overproduced items meant for California and sold beanbags with warning labels affixed in different markets around the world.

According to multiple scientific studies, vinyl, especially when it is in fabric, may pose some health risks to consumers. One of the dangers of vinyl is that it may off-gas one of its constituent components: vinyl chloride.

Vinyl chloride is a colourless gas that is produced for industrial and commercial use. And it is a vital ingredient for making polyvinyl chloride (PVC) and other vinyl products. Most of the vinyl chloride in these products are released during and shortly after the manufacturing process. So exposure is usually only an issue for workers in vinyl factories and similar operations. However, if vinyl or PVC products are released for sale directly after manufacturing, they may continue to off-gas in homes or other enclosed spaces.

Vinyl chloride is associated with several diseases and health issues. These include brain cancer, lung cancer, lymphoma, leukaemia and a rare but deadly form of liver cancer.

The risk of developing health problems from vinyl chloride off-gassing from vinyl products is low. However, recent studies show that vinyl fabrics pose other potential issues. Before you can use vinyl as a fabric, its flexibility and elasticity must increase. For the fabric’s elasticity to increase, it must combine with a chemical plasticiser called diisononyl phthalate (DINP).

In December 2013, the California Office of Environmental Health Hazard Assessment (OEHHA) added DINP to the 900-item list of substances requiring warning labels as per Proposition 65.  This addition occurred after the state’s Carcinogen Identification Committee (CIC) review. This review indicates that excessive exposure to DINP increases the risk of several types of cancer. These include kidney, pancreatic, uterine, blood and bone cancers.

Shortly after the decision was made to include DINP on the Proposition 65 list, the American Chemistry Council (ACC) filed a lawsuit against OEHHA. The lawsuit stated that not enough evidence exists to include DiNP. But at the time of this writing, the suit is still under review.

DINP is under review by many other government agencies and organisations, including the European Chemicals Agency and the National Industrial Chemicals Notification and Assessment Scheme (NICNAS) of the Australian Government Department of Health and Aging. It poses minimal risk to consumers. Except in cases of aggregate exposure from multiple products.

New studies have also suggested that the pieces of memory foam used as filler for some beanbags may also be a health hazard because of off-gassing. Most people notice the presence of a distinct odour coming from the memory foam. This smell is the result of a combination of chemical ingredients in memory foam products, including the following:

Bean Bags R Us for Bean Bags You Can Trust

At Bean Bags R Us, we take the health of our customers and the general public very seriously. Because your health and safety is a priority to us, we do not sell cheap bean bags with vinyl covers. Nor do we use any memory foam filler. The majority of our products have coverings made of polyester with a polyurethane coating for increased water resistance. Most of our other bean bags covers comprise of high-quality fabrics. Also, we only use virgin EPS beads to fill our bean bags. Virgin beads are very durable and pose no medical hazards. Suffer from allergies? We answer the question – do bean bags get dust mites?

Spread the love
This entry was posted in Bean Bags, Health.