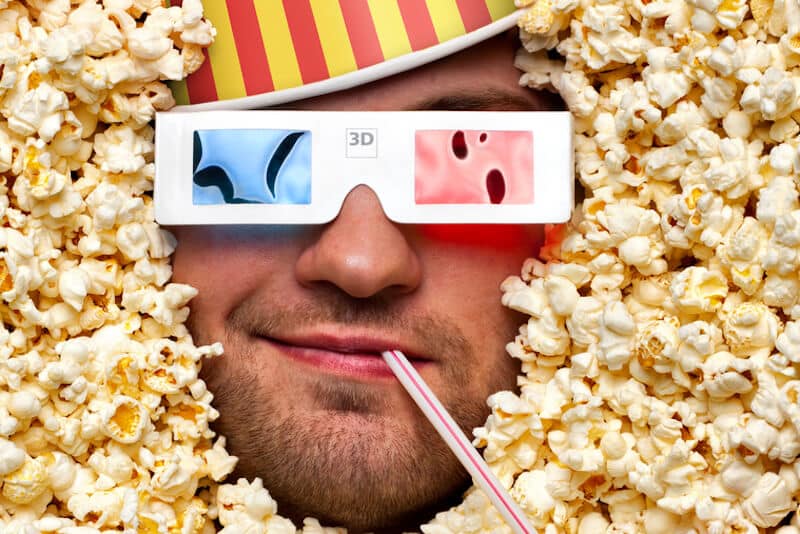 Bean bags are no longer just for home. Businesses around the world are beginning to take advantage of bean bag furniture. Because the comfort and ergonomic support of bean bag chairs benefit their customers. One type of business that is revolutionising the use of bean bags is the cinema.

Whether you want to catch the latest Hollywood blockbusters or locally produced independent films, you can now do so in one of the following bean bag cinemas.

The most popular cinemas with bean bag seating are those operated by the national cinema chain Hoyts Exhibition. Hoyts Cinemas now offers three public Bean Bag Cinemas and one semi-private location at The Royal Children’s Hospital.

Hoyts allows you to see all of the latest movies in deluxe, oversized bean bags that provide enough room for two adults.

While the ticket price is a little higher than it is for a standard Hoyts screen, many people are drawn to the bean bags to experience movies in a new way. However, once you try it out, you may not be able to go back to a regular cinema again.

Also to be comfortable by perfectly conforming to the contours of your body, the Hoyts locations offer moviegoers unique style and ambience. The bean bags are soft and available in a variety of patterns and colours, including neon purple and zebra stripe. Also, a stationary tray is available on the side of each for placing snacks and beverages. 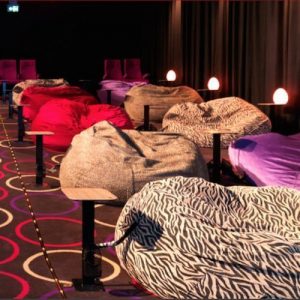 2. Hoyts Mt. Druitt – (02) 9003 3880
In the Sydney suburb of Mount Druitt is the Westfield Shopping Centre, and located just above the food court is the Hoyts Bean Bag Cinema. This location offers ample free parking and the latest movies.

3. Hoyts Southlands – (08) 9466 4940
Hoyts Southlands is the only location in Perth with an indoor bean bag cinema. The cinema is located just across the street from Burrendah Park.

In addition to the locations offered by Hoyts Cinemas, you can enjoy movies from the comfort of bean bags in several other indoor cinemas:

5. Mansfield Armchair Cinemas – (03) 5775 2049
Situated in the quiet town of Mansfield, Victoria, about 190 km northeast of Melbourne, is the acclaimed Mansfield Armchair Cinemas. This nonprofit organisation was established in 2008 for the benefit of students to give them the skills and experience required to operate a business. The two screens at the cinema each include regular seating, 12 luxurious leather recliners and ten three-person bean bags. Annual and monthly memberships are available for providing discounts and free seat upgrades.

6. Kindred Studios White Room – (03) 9188 4242
Kindred Studios is a community video and television studio that includes equipment and services to local filmmakers. Among the organisation’s several studios and galleries is the White Room, which features a small cinema with bean bag seating. The cinema often screens locally produced movies, and private screenings are available for business or pleasure.

At the current time, five outdoor cinemas in Australia offer bean bag seating. The most popular of these is the Sunset Cinema which was formerly known as the Starlight Cinema. Sunset Cinema began in North Sydney several years ago and is now held in three outdoor venues each summer.

Other outdoor cinemas with bean bags available are as follows:

Do you own an outdoor cinema? Check out our huge range of moonlight cinema bean bags.