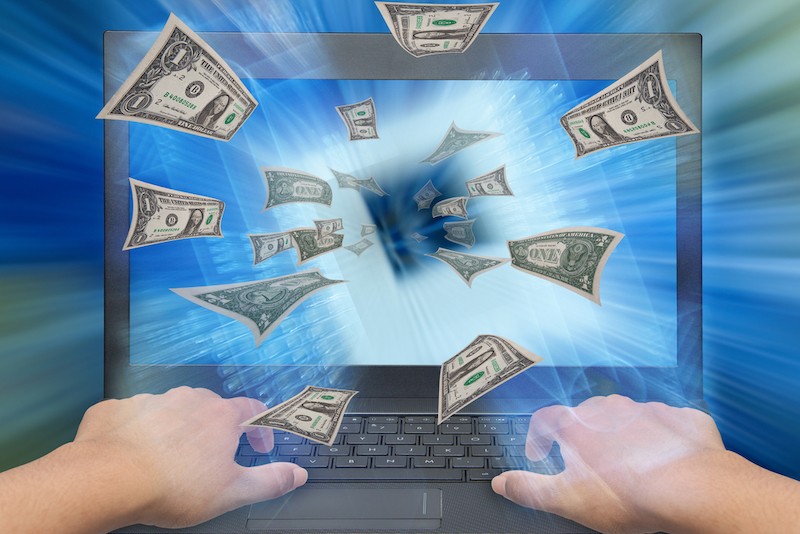 Regular three-piece suites are notoriously expensive. The price of upholstery plus carefully crafted wooden frames soon adds up. Throw in all the cushions, the labour involved and transport costs, you wind up paying a fortune. So why are bean bags so expensive?

Not everyone, though, is after expensive seating. Sometimes, you just want something cheap and cheerful that serves a purpose. Investing thousands of dollars on beautifully crafted armchairs isn’t worth it.

At this point, you hop onto the internet and start looking for beanbags. Instinctively, you imagine that they are much more affordable than regular sofas and armchairs because they seem so much simpler to make. But when you finally arrive on product pages, you’re hit with some serious sticker shock. How much do they cost?!

It turns out that many of the costs involved in manufacturing regular three-piece suites carry over to beanbags. It’s not just a matter of stuffing a sack with foam pebbles and then flogging it on the market. Beanbags are just as subject to the laws of economics as everything else. The cost of labour, development and materials soon adds up. So while the price might not be quite as high as regular seating, it is still significant.

Because of various associations, beanbags suffer from some misconceptions. Consumers often misinterpret their lack of rigidity and solidity as a sign of their inherent cheapness. Superficially, they seem to fall into the same category as inflatable seating or plastic bags. But, in reality, that’s not the case. Just like regular seating, they require a lot of craftsmanship and innovation to get right. And, just like regular sofas, they embody the efforts of thousands of people, all trying to design a delightful customer experience.

There’s a big difference between the bean bags that we sell and a simple sack, stuffed with polystyrene. Our products often have multiple sections designed to contain the stuffing in a seat-like fashion.

The point is this: just because bean bags are floppy doesn’t mean they’re intrinsically inexpensive. Like any other homeware product, their price embodies the value they offer.

In this post, we take a look at what goes into the development and making of beanbags. By the end of this article, you should appreciate why they have the price they do. Maybe they’re cheaper than you think.

So why are bean bag chairs so expensive?

The Quality Of The Fabrics

Nobody would baulk at paying $200 for a pair of quality suede shoes. Likewise, it wouldn’t be unreasonable to shell out $300 for a leather jacket. We expect those kinds of prices for quality clothing.

But when it comes to beanbags, it’s somehow different. We see a price tag of $500 and wonder what the heck is going on.

Part of it has to do with the quality of the materials. Manufacturers need to make beanbags from quality fabrics for obvious reasons. Just like clothes or regular seating, they come into physical contact with skin, meaning that they have to feel good. When sitting or lying down, consumers have to feel comfortable.

The material also has to be robust. If a beanbag fails, it can spell disaster. All the internals spill out and it is no longer usable. Any material manufacturers use must have intrinsic strength properties that make it robust. Inferior, thin, weak materials won’t suffice.

The range of quality fabrics found on modern beanbags is staggering. Sunbrella, for instance, is one hundred per cent solution-dried acrylic that is breathable and water, mould, mildew and UV-resistant. Likewise, olefin is a type of synthetic fabric famous for its comfort, strength and colourfastness.

Even faux fabrics, like faux suede and fur, aren’t cheap to develop or weave. Enormous research goes into creating versions that are both comfortable and can withstand environmental assaults. Soft and strong fabric isn’t always enough. It also needs to be able to defend against UV, mould, mildew and moisture.

Thus, there’s a lot of thought and technology that goes into constructing the skin. It’s not just a matter of filling a bag with cheap stuffing and flogging it.

The Quantity Of Fabric

Now consider the amount of material required for the average beanbag compared to, say, a pair of shoes or jacket. Usually, it is much more. And, naturally, that pushes up the price. The more material you need, the more expensive it will be.

Comparing the cost of beanbag material to clothing on a square-inch for square-inch basis, you invariably find that it is much cheaper. When you buy a leather beanbag, you’re getting much more material for every dollar you spend.

Sofabed, couch, slabs and lounger beanbags can be enormous. They are not just something that you stuff in the corner of a room. Often, they are the main event.

Sofabeds, for instance, is roughly 200 cm long and 120 cm wide. Manufacturers often require several square metres of material to cover all faces, including the bottom, back and sides. And remember, they must cut these materials from homogenous sheets, meaning that the total amount of fabric required is even higher.

The same goes for beanbag couches. The average couch is between 150 cm and 200 cm long and 90 cm deep. Again, the amount of material required to cover the area is tremendous, often several square meters.

We’ve spent a lot of time talking about the outside of beanbags, but the insides are an equally important contributor to the price. Beanbags are only comfortable and long-lasting if they have a quality filling. Cheap stuffing doesn’t conform nicely to the shape of your body and, often, doesn’t last a long time either.

Quality fillers are hard to come by. The best are so-called “virgin polystyrenes” which means that it’s fresh from the factory. Some beanbags use recycled polystyrene, but these tend to degrade faster because of what happens to polystyrene molecules during the recycling process.

Virgin polystyrenes offer the best combination of bounce and longevity. Most people find this type of stuffing to be the most comfortable.

You can opt for organic fillers, but these come with drawbacks. In the old days, manufacturers used to make beanbags out of dried beans. Some still do. Beans contain high quantities of lectins and phytates which resist composting. But after several years, they eventually break down, just like any other plant-based material. You can get them restuffed, but that adds to the overall lifetime expense.

Some beanbags use advanced space-age materials too. Memory foam, for instance, is a popular filler because it feels soft and conforms almost perfectly to the shape of your body. Manufacturers cut it up into chunks and then stuff it inside the bag to create a one-of-a-kind experience.

Memory foam tends to last a long time as well because it springs back to its original shape. But because of the difficulties of producing it, it is more expensive than many traditional fillers.

Most quality beanbags have a zipper that allows you to take out the stuffing and replace it with new, should the need arise. It lets you continue to enjoy your premium fabric without having to replace it outright once the foam or beans inside reach the end of their life.

But because beanbag fillers are a choking hazard, zippers do not have a pull tag. Manufacturers have to make them in a unique way that makes them tamperproof for children and toddlers.

When you first receive a bean bag without a zipper pull tag, it can be a little confusing. It seems like a product defect. But it is actually enshrined by law. The Australian Competition and Consumer Commission has regulations that state that beanbag makers must omit the tab before sending their products to market.

The zipper issue is so concerning for many manufacturers that they will often go out of their way to reinforce the area. They will regularly use high-strength materials, such as nylon, and double-stitch them so that the zip doesn’t break away from the fabric when pulled or tugged. Thus, while the zipper might seem like a small component, it can add substantially to the price.

The reason designer clothing costs so much has a lot to do with the designer’s time. The world’s best clothiers only have twenty-four hours in the day, just like everyone else. The rarity of their skills pushes up the price of their garments.

The same is true for beanbags. There are only so many people who have the skills to create beautiful designer touches and finishes. And that puts a premium on specific models.

You can opt for generic beanbag shapes which cost less. But if you want something with aesthetic merit, you often need to buy designer versions. These provide you with the same feeling you get when you choose other designer homewares.

There are good reasons why beanbags cost what they do. Manufacturers devote a lot of energy to improving their products over time, giving users something that they want. Recently, for instance, we’ve seen the introduction of more and more giant beanbag products, designed to dominate rooms. Unlike the 1960s and 1970s beanbags, their skins have to contain a much larger volume of filling. And that requires advances in material technology.

The drive to take beanbags outside is also forcing manufacturers to improve their products. Consumers want to be able to put beanbags beside the pool and keep them outdoors all summer long. For that reason, they have to be able to withstand moisture and directly ultraviolet light from the sun without degradation. Nobody wants to invest in a pool-side beanbag, only for it to wear out after a single season of use.

On top of these costs are distribution expenses. Beanbag filling might be a relatively inexpensive material, but the sheer volume of it represents a significant opportunity cost for freight carriers. Logistics companies must devote a lot of room in cargo containers for the space they might have dedicated to other, denser products.

You also have to consider the labour costs that manufacturers face when producing beanbags. Vendors have to hire a bunch of workers to physically cut beanbag material, stitch it together and put stuffing inside. It’s not cheap.

So far, we’ve mainly discussed factors that contribute to the intrinsic cost of making beanbags — the quality and quantity of materials and filling, plus the manufacturing and distribution costs. But sometimes, sellers inflate the price of beanbags by limiting supply.

This is a tradeoff. Consumers pay more, but in return, they get beanbags that very few other people have. It’s good old-fashioned exclusivity.

In some cases, limited edition beanbags are made of higher-quality materials or feature special designs. Where possible, manufacturers try to add value, making memorable lines more compelling. Sometimes, the quality of the stitching, design and materials is so high that it makes limited edition products better value than their run-of-the-mill counterparts. Occasionally, manufacturers sell them at a loss for the sake of branding, encouraging people to purchase products from the rest of their range.

How Much Do Bean Bags Cost?

When you first see the cost of some beanbags online, it can create sticker shock. But after you consider what you’re getting for the price, it doesn’t seem so bad. Bean Bags Chairs are available online for as little as AUD$15.00 at K-Mart. Or you can pay a whopping USD$1,550 for a LoveSac ‘Big One’.

Beanbags aren’t just cheap sofa alternatives – they’re desirable products in their own right. Just like anything else, their price embodies design, manufacturing, distribution and quality materials. There’s no reason why they shouldn’t offer a quality experience, just like other seating products. You wouldn’t baulk at spending hundreds of dollars on shoes and jackets, so why would it be any different for beanbags?