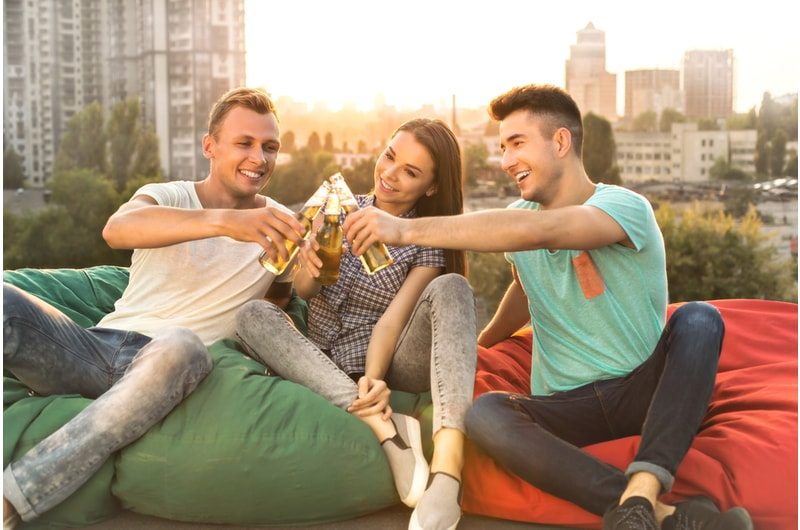 Bean bags are experiencing a worldwide renaissance. And they are more popular than ever before in the United States. But many people still believe this is simply due to nostalgia or aesthetics. Bean bag chairs are incredibly versatile, affordable and attractive. They are also one of the most comfortable and appropriate types of furniture ever developed. Doctors around the world have been recommending bean bags for several years. They are ideal for people suffering from back and neck injuries. You can even learn how to improve posture with a bean bag and posture. They are increasingly being found in homes, offices and physical rehabilitation clinics. Bean bag chairs can counter many of the harmful effects of sitting all day. But a new study has found that even the miracle of bean bags cannot undo all the damage sitting causes.

For the past decade, scientific evidence has been mounting on the adverse health aspects associated with sitting. Humans must engage in physical activity for the majority of each day. Today large populations are employed in desk positions requiring them to sit throughout the day. This situation only started in the last 100 years. Doctors are just beginning to understand the detriments caused by sitting for long periods.

Cool bean bag chairs are among the most ergonomic furniture on which to sit for long stretches. They can help with many of the harmful effects of long-term sitting. However, they cannot overcome them all. Sitting can cause several serious medical conditions, including all of the following:

Oversitting, the term for remaining in a sitting position for extended periods, can cause problems. These problems can even affect people who engage in moderate exercise for 30 minutes or longer each day.

The results of one new study published in June 2015 in Diabetologia are quite alarming. For every hour, an overweight adult remains seated, his or her chances of developing diabetes increases by 3.4 per cent. The average time spent watching TV was measured at three hours, which means the average increase is more than 10 per cent.

A study published in April 2015 in the Clinical Journal of the American Society of Nephrology has concluded that people who engage in light activity for only two minutes per hour live longer than those who remain sedentary for hours on end.

Because it is impractical and seemingly cruel to ask office workers to stand all day while they work, new methods must be employed to protect their health. One plan that has been implemented to thwart the dangers of over-sitting is the installation of standing workstations or treadmill desks. However, these have both been found to decrease productivity and typing accuracy while putting additional strain on the lower back.

What can we do to counter the effects of over sitting?  Researchers found data acquired through the National Health and Nutrition Examination Survey. This annual survey is completed by a cross-section of U.S. residents. It asks several questions about how we eat, exercise, rest and play.

One group of researchers at the University of Utah in Salt Lake City used data from the survey that was gathered through electronic monitors worn by participants. In total, data from 3,626 adult men and women reporting they were in good health at the beginning of the study were collected and analyzed.

The researchers measured how many minutes the participants spent sitting, performing a light activity and engaging in moderate exercise. They then checked the death records three and four years after the conclusion of the survey. Finally, the results were compiled in order to determine the risk of premature death and the role of over-sitting and activity play in that risk.

When the Salt Lake City researchers completed their analysis, they were shocked by the results. The results showed standing for a few minutes every hour has very little effect on the risk of dying prematurely. However, when participants engaged in light activity, such as walking, the mortality risk decreased by about 33 per cent. This was in comparison to the risk of those who sat throughout the day. Also, subjects who engaged in moderate exercises, such as jogging, had an even lower mortality rate than those who lightly exercised.

According to Dr Srinivasan Beddhu, the professor of medicine who led the study, the reduced rate of premature death is most likely related to an individual’s energy balance. Walking burns more calories than sitting does, which contributes to maintaining healthy weight and metabolism.

Although a gold bean bag has proven medical benefits, exercise is the only way to totally counter the harmful effects of sitting all day. Like to know more? Check out our article about the best chairs for sitting all day.